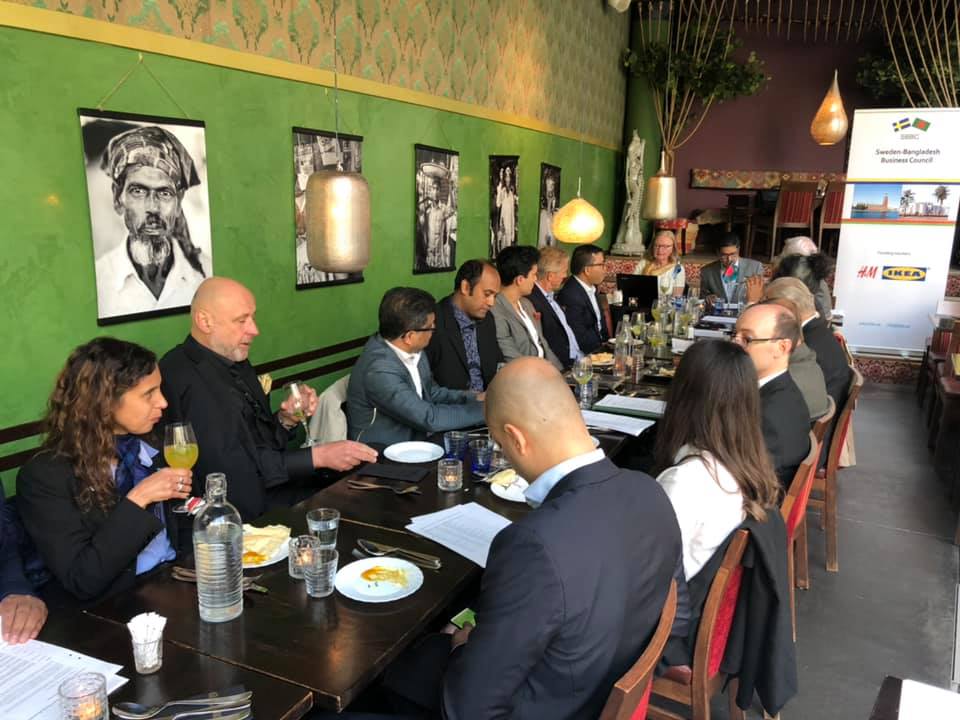 SBBC’s chairman of the board Mizanur Khan welcomed the members and network to the Annual General Meeting. The meeting commenced with the unanimous approval of the agenda and other formalities.

Mizanur presented the Annual Report for the year 2018, highlighting the events and underlining the achievements of the Council. He emphasized that the opportunities in Bangladesh for Swedish companies, industries and institutions continue to look good. The country is moving from RMG to IT, ICT, automation, automobile, manufacturing plant, agriculture, shipbuilding and pharmaceutical production and export. Both countries can develop their trade relations further. He expressed that it is not too late for the Swedish business community to discover and explore Bangladesh as their next stop and partner. SBBC has built a good network and base to facilitate its member and network in doing business with and in Bangladesh.

Auditor’s Report on financial statement for the year that ended 31st December 2018 was presented before the members. Anders Haag audited SBBC accounts for the year 2018. The auditor’s report was adopted by the members.

After the AGM participants were invited to an authentic Bangladeshi three course dinner as part of the “Bangla Middag”. The AGM ended with mingling and informal meetings among the participants.

More picture from the AGM 2019