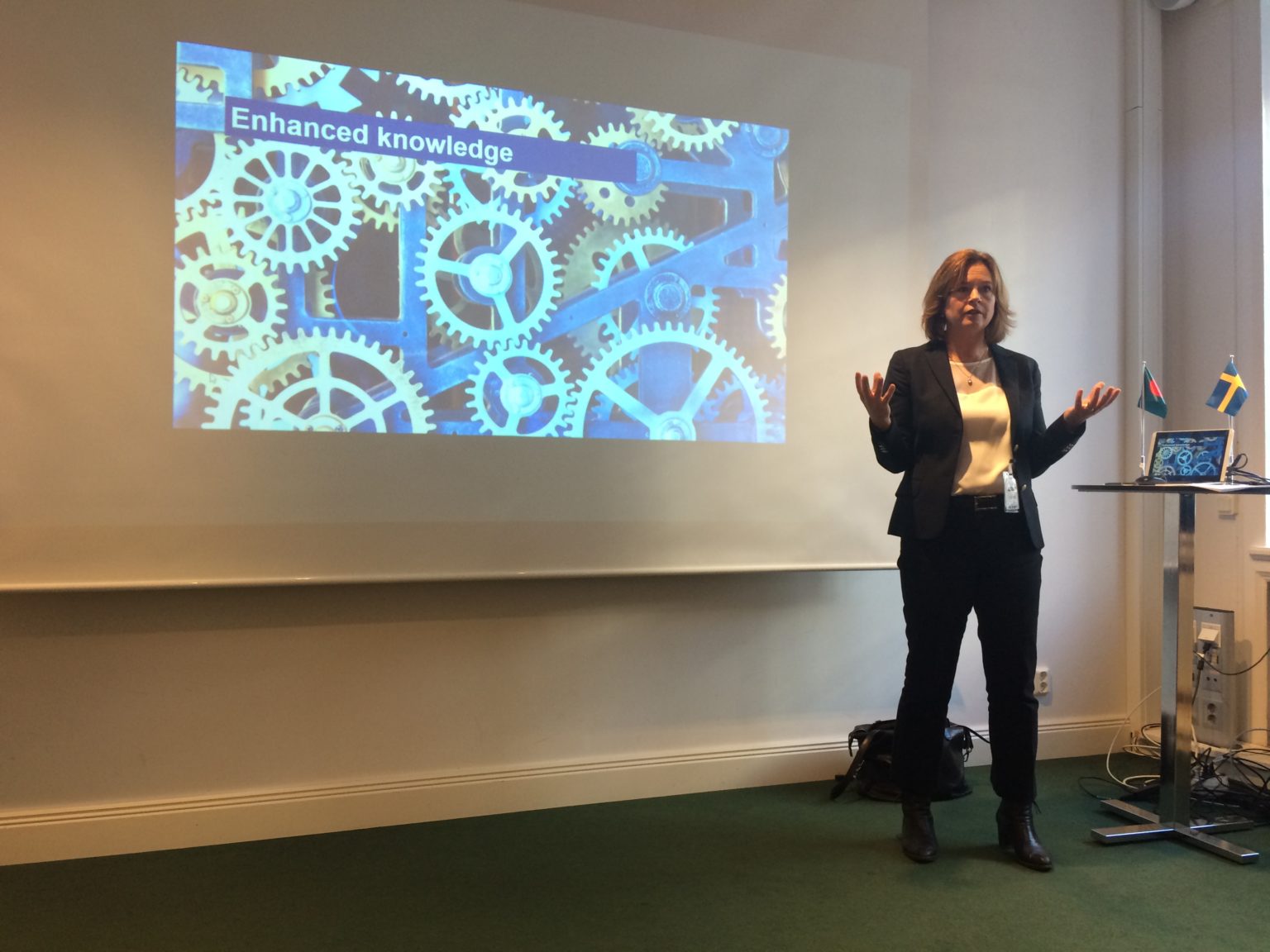 The seminar, held at Svensk Handel in Stockholm, gathered some 24 people interested in Bangladesh and the fast-growing market.

Bangladesh is called ”The Tiger of Asia” with the highest GDP growth of around 6.7 per cent per year. The textile industry has lifted the country by creating jobs and expanding the workforce, including many women. The number of children per family is now only two, compared to seven in the 60’s. However, although the heavy dependence on textiles makes the economy vulnerable, there are other sectors picking up, for example the IT industry.

Mizanur Kahn, CEO, Bangladesh Business AB and chairman of SBBC, started by giving some reflections from his visit to BASIS SoftExpo 2020 earlier in February when he headed a Swedish delegation from the IT-sector. In addition to visits to the trade fair, were on the agenda meetings with the Swedish Ambassador and networking with representatives from Swedish and local companies established in the region, including the Nordic Chamber of Commerce and Industries, NCCI. > (opens in a new tab)”>Click here for the presentation>>

Anneli Wengelin from the Swedish Board of Trade (Kommerskollegium) described a new assignment from the Swedish Government that the Board has taken on. It will be a long-term cooperation between 2020-2024 where Sweden will support the Bangladeshi government (the Ministry of Commerce, Bangladesh Foreign Trade Institute and the Economic Relations Division) to build capacity in order to be able to negotiate future free trade agreements.  > (opens in a new tab)”>Click here for the presentation>>

The fast-growing economy will lead to Bangladesh leave its FN LDG-status (Least Developed Countrie) in 2024. There will be a transition period of three years, but after that, all imports from Bangladesh will be more expensive. EU buyers of garments will, for example, have to pay ten per cent duty, compared to nil today.

There are many challenges, Anneli Wengelin told. Bangladesh must diversify, find new markets and expand its exports product range, in order not to be so dependent on textiles only. Thus, Bangladesh will need to form free trade agreements with the EU and other important markets to secure favourable terms and conditions. This capacity building includes ”how and what”, knowing how to negotiate, identifying interests and getting to know counterparts needs and preferences. Bangladesh needs to embrace both social and environmental sustainability, they need legal frameworks and enhanced coordination between ministries. There is a lot to be wished for and it is a huge task to change the way of thinking towards a more trade promotion friendly climate. Today, for example, Bangladeshi customs often changes overnight, something that will not work in future relations.

– We are well informed through work within the EU and we have a lot of expertise from similar projects. We know that this is certainly not a quick fix, but we are building long term relations with the people in Bangladesh who will work with those issues forward. This will also benefit Swedish companies, said Anneli Wengelin.

Joakim Tornberg from Svensk Exportkredit AB (SEK) and Johan Fredriksson from Exportkreditnämnen (EKN) explained how Swedish export companies and buyers in Bangladesh can benefit from risk-elimination by using credit guarantees. EKN is like an insurance company, that will evaluate the risk and confirm or reject an application, covering part of the credit risk in an export deal with Bangladesh. SEK is acting as ”bank”, pre-paying the money to the Swedish company, covering the remittance from a commercial bank of a buyer in Bangladesh as a (high-risk) loan.

Johan Fredriksson told that they have very few insured deals with Bangladesh, which represents less than 1 per cent (less than 200 MSEK) of the business that EKN puts up guarantees for. Pakistan and India are the biggest markets in South Asia. There have been almost no financed business deals, mainly some short term confirmed L/Cs, which means risk sharing with Swedish banks. EKN can guarantee a risk elimination up to 50 per cent. EKN is evaluating countries from a general perspective, using IMF’s annual publication. The chapter on Bangladesh is longer than most. Bangladesh is a challenge in many ways, asking for licenses for almost everything, if you want a loan approval for a credit of 360 days you need a central bank approval. It is a big step for companies to find financing. Click here for the presentation>>

There has not been a single claim settlement in over 10 years. Bangladesh has not re-negotiated its debts and there are no delayed payments. However, if a L/C payment is delayed and the bank blames the client, this is a worrying sign that the bank may apply their own regulations.

– What we see today in Bangladesh are strong fundamentals. There is a strong and resilient growth performance, favourable demographics and the infrastructure is picking up with the help of Chinese investments. However, the risks are mainly connected to structural issues, weak institutions and corruption. There is an even negative trend in state earnings that should cover education, infrastructure and health care, now below 10 per cent compared to an average of 26 per cent in other countries. The country, with low rural districts, is also geographically vulnerable to climate changes. It may get worse before it becomes better.

Finally, Anna Pettersson from EKN told about the special services EKN is offering to SME: s and encouraged interested companies to get in touch for more information. An appreciated advantage, especially for SME: s, is to be able to receive payments earlier with guarantees from EKN.

> (opens in a new tab)”>Click here for te presentation>>

Christer Dyrwoold concluded the morning by thanking the speakers for spreading more knowledge of both risks and opportunities in Bangladesh.

– I know that many companies have quite a vague picture of Bangladesh. We at SBBC have a mission to spread the message that there are so many good business opportunities, not the least for SME: s. With the help of our network in Sweden and Bangladesh we can assist and advice, both regarding cultural differences and business risks, he stated.